The Council of Representatives of the Student Union of Tampere University had its general meeting yesterday, on 24 November. Today, on 25 November, the Council elected the new operators for next year in its constitutive meeting.

The Council of Representatives approved the Action Plan for 2022 in the general meeting. The plan consists of seven different projects to be completed next year, and the key points include recovering from the pandemic, strengthening the role of student representatives in the community, developing associations’ training and peer support, and creating a new strategy for the Student Union. The budget, also approved in the meeting, supports and sets the framework for executing the project plans described in the Action Plan and on-going activities. Following last financial year’s budget deficit, the aim was to balance the next budget, so the membership fee has been increased and some adjustments to the actions have been made.

One member from each council group was appointed to the Administrative Committee, and Leevi Törnblom (RATTOISA) was elected as Chair of the committee. As per the Executive Board’s proposal, Max Liikka (chair), Eero Vehka-aho, Masi Kajander, Joonas Pekkonen, Suvi Parhankangas and Hanna Vähävuori were elected to the Committee for Financial Affairs. Ville Korpiluoto (chair), Suvi Parhankangas, Juha Köykkä, Eero Vehka-aho and Tuomas Rissanen were elected to the Honorary Committee, as per the Executive Board’s proposal.

Next year’s strategy update work will begin in the new Strategy Committee. The Council elected the Strategy Committee’s members as follows: Salla-Mari Palokari, Hilla Mäkinen, Saana Hytönen, Tiina Mikkonen, Tuomas Kauppinen, Iiris Taubert and Adam Zeidan. The Chair of the Executive Board and Secretary General are also members of the Committee.

The newly elected Chair of the executive Board of the Student Union is Aleksi Niemi, sixth-year student of Administrative Studies. In the past year, Niemi has been the Chair of the advocacy association Johto ry. He was a member of TREY’s Executive Board in 2020, with responsibilities on communications and brand.

“I want to thank the Council for this honour of getting to lead the Student Union during a year of recovery, where we shall fully invest in communality and strong advocacy work for students’ benefit. We will be building TREY’s future next year, up to the new strategy, with the Board and the personnel. I’m happy to start the work from here!”, new Chair Aleksi Niemi says.

The Board will get organised later this year. Congratulations to everyone elected and many thanks to all applicants! 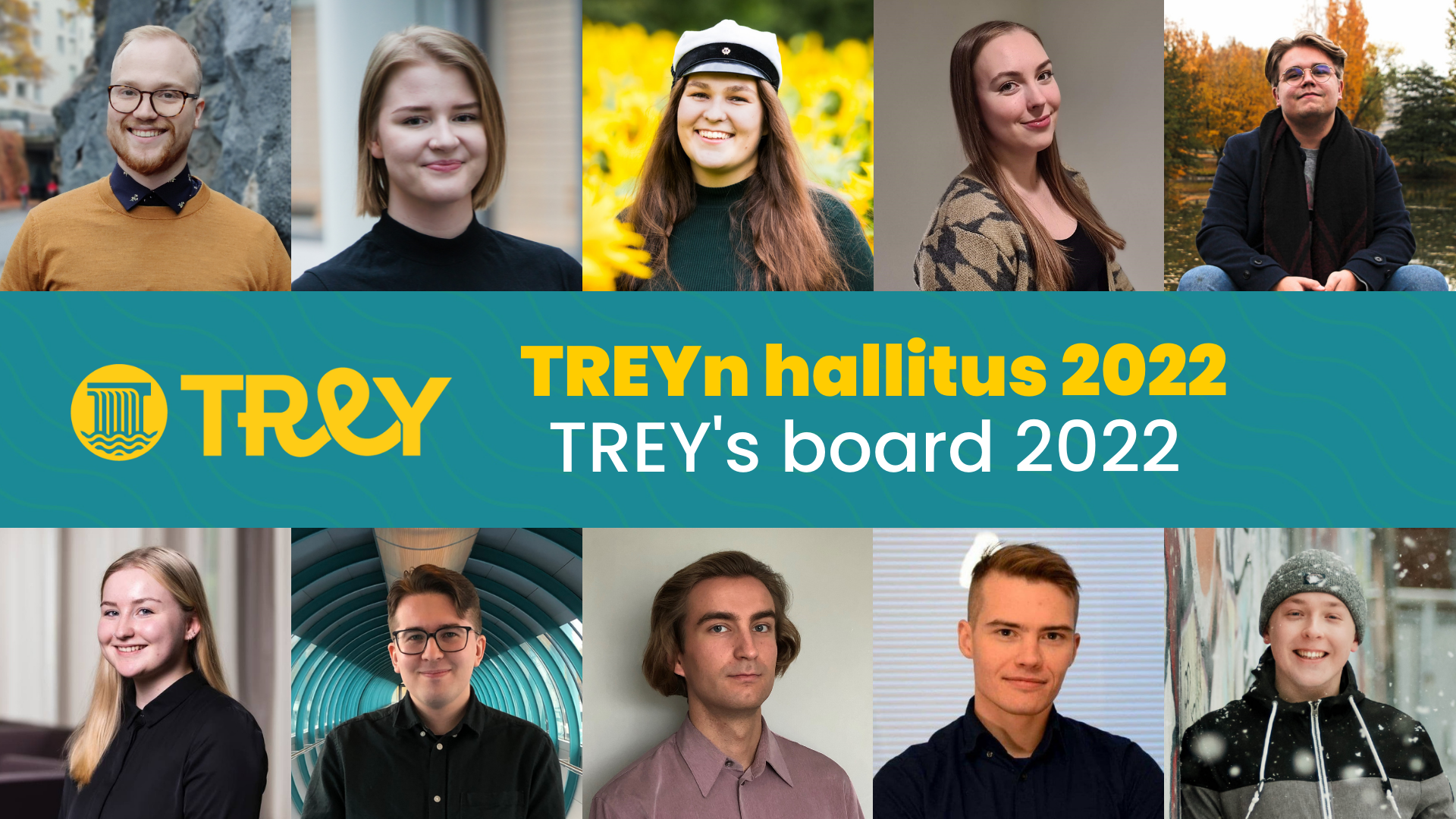