The Council of Representatives of the Student Union of Tampere University had its general meeting last week, Wednesday 23 November,  and decided among other things on the Student Union’s strategy, action plan and budget for the next year. The Council of Representatives for the 2023–2024 term came to order and elected the new operators for next year today 29 November in its constitutive meeting.

Next year’s action plan consists of four cross-sectorial projects which contain measures to improve the everyday life of a university student in Tampere. The action plan deals with advocating student matters in parliamentary elections, strengthening the student community, internal development of the student union and focus points for advocacy for next year.  The projects in the action plan are the emphases of TREY’s work in 2023 and will be worked on alongside our ongoing activity. The approved budget supports and provides the framework for the implementation of action plan work and ongoing activity, and enables organising TREY’s 5th annual celebrations among other things. At its meeting the Council of Representatives also approved a strategy and a communication strategy for the student union for the years 2023–2026.

The Council of Representatives elected today in its constitutive meeting its new Chairs of Council, members to the committees operating under the Council and the new Executive Board and Chair for the Student Union. The new Chair of the Council of Representatives is Lauri Ahlqvist (Kahden Tähden Teekkarit), the first vice chair is Julia Jaakkola (Pro Kasvatustieteilijät) and second vice chair is Joonatan Neva (MEMES 3.0: Tokyo Drift).

One member from each council group was appointed to the Administrative Committee, and Kalle Lehtola (MEMES 3.0 Tokyo Drift) was elected as Chair of the committee. Ingá Ryhänen, Salla-Mari Palokari, Annika Nevanpää, Antti Asp, Esko Nieminen, Eveliina Aakula, Hanna Vähävuori, Noora Tapio & Masi Kajander were elected to the Committee for Financial Affairs with Artturi Lindeman voted as Chair for the Committee.

The Honorary Committee was elected as per the Executive Board’s proposal. Continuing members are Eero Vehka-aho, Juha Köykkä and Tuomas Rissanen, and new members invited to the Committee are TREY’s vice chair in 2020 Julius Haapakoski, Chair of Tamy 2018 Sanni Lehtinen and Chair of TTYY 2017 Tiina Mikkonen. Venla Monter, who was TREY’s first Secretary General was elected as the chair of Honorary Committee.

TREY’s chair for the year 2023 is Anniina Honkasaari, a fifth year information technology student, who has been in charge of association affairs and tutoring in this year’s board. “I am so grateful for the confidence I have received from the Council of Representatives! Important themes next year are raising the students’ voice in parliamentary elections and strengthening our own TREY community. I am looking forward to working towards these goals with the employees and the newly elected board!” enthused the newly elected chair Anniina Honkasaari. 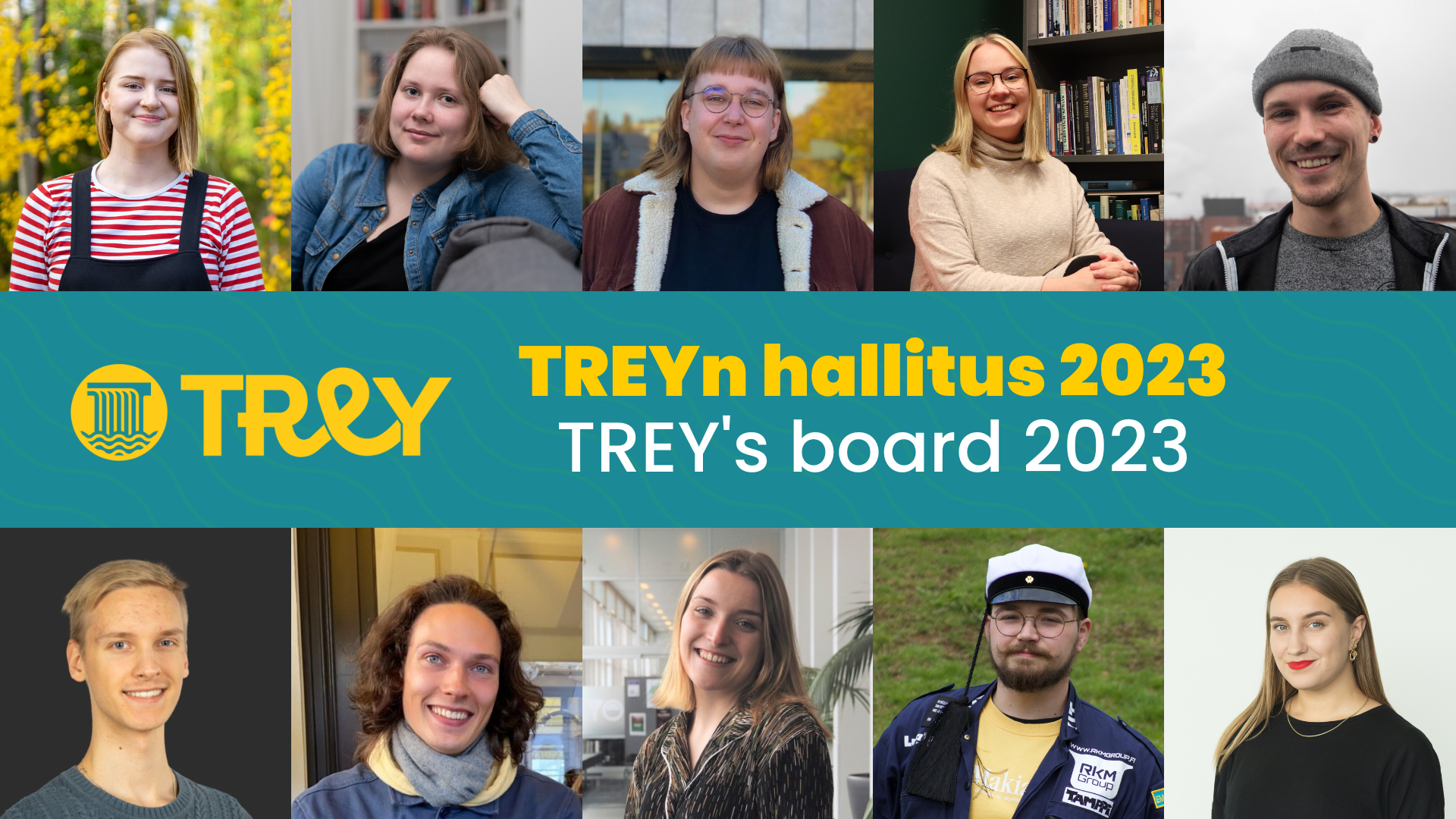 Board members elected to Honkasaari’s board of 2023 are Aaro Haikonen, Aino Halinen, Helena Ukkola, Julia Malvikko, Markus Salonen, Mea Vähä-Jaakkola, Mikko Jaskari, Onni Härkönen and Rudolf Võrk. The Board will come to order later this year. Congratulations to everyone elected!