We higher education students of Tampere have sent an open letter concerning the budget negotiations to Prime Minister Antti Rinne, Minister of Finance Mika Lintilä, Minister of Science and Culture Hanna Kosonen, Chair of Education and Culture Committee, and the 19 Members of Parliament of Pirkanmaa.

We students demand that You secure the core funding of the institutions of higher education by guaranteeing the €40 + 20 million general budget increase. If this is not done, the result will be a decrease in the quality of degrees and an increase in the number of mental health problems.

During the 2010s, over €300 million has been cut off the higher education institutions’ funding, which has manifested itself in the form of making staff redundant especially within study support services. Since 2012, over 15% of teaching staff has been reduced in  Universities of Applied Sciences alone. In students’ lives, the budget cuts are visible in the decrease of contact teaching, the slowing down of assessments and the scantiness of guidance services.

Because of the support services budget cuts, the teaching and research staff have been burdened with administrative responsibilities alongside of their principle duties. This is a total waste of resources. Strained employees are rushed and unwell, which is reflected on students as well. According to the Finnish Student Health Survey 2016, the number of students’ mental health problems has dramatically increased during the 21st century. By investing in well-being, we can reverse this type of development, support the finishing of one’s studies and secure the welfare of ability to work.

Paula Sajaniemi
Chair of Executive Board
Student Union of Tampere 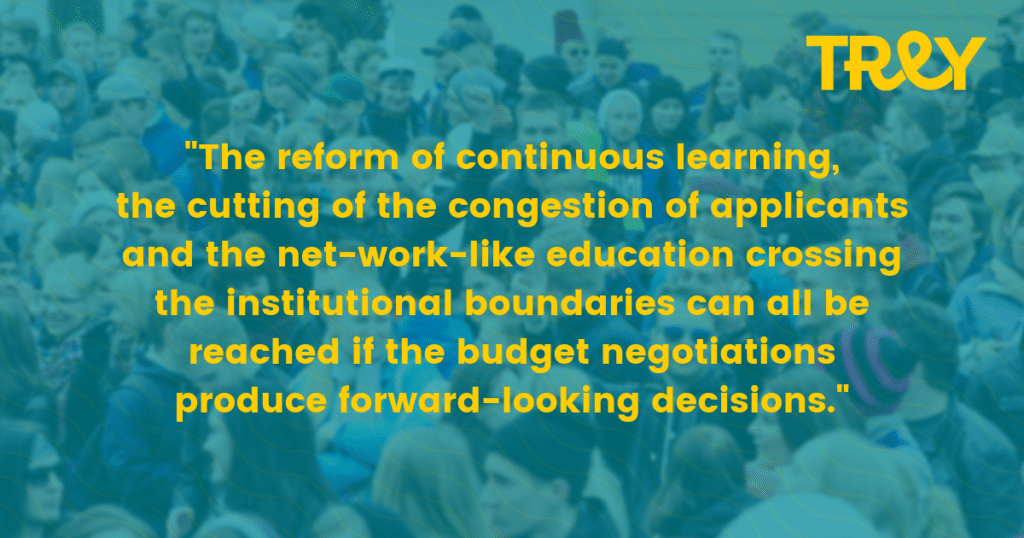