Finland aims to raise the number of international professionals in the country as the dependency ratio goes down. It is contradictory, however, that at the same time many political decisions make Finland a less appealing study destination. One of those decisions is the charging of tuition fees from students coming from outside the EU and EEA countries: tuition fees at Tampere University, for example, can go up to 12.000 euros.

Universities deal with financial difficulties, which we have seen lately with the cooperation negotiations of Tampere University as well as the discussions concerning the uncertain future of campus facilities. However, it is not right that universities aim to bridge this gap in finances at the expense of students who are already at a disadvantage. 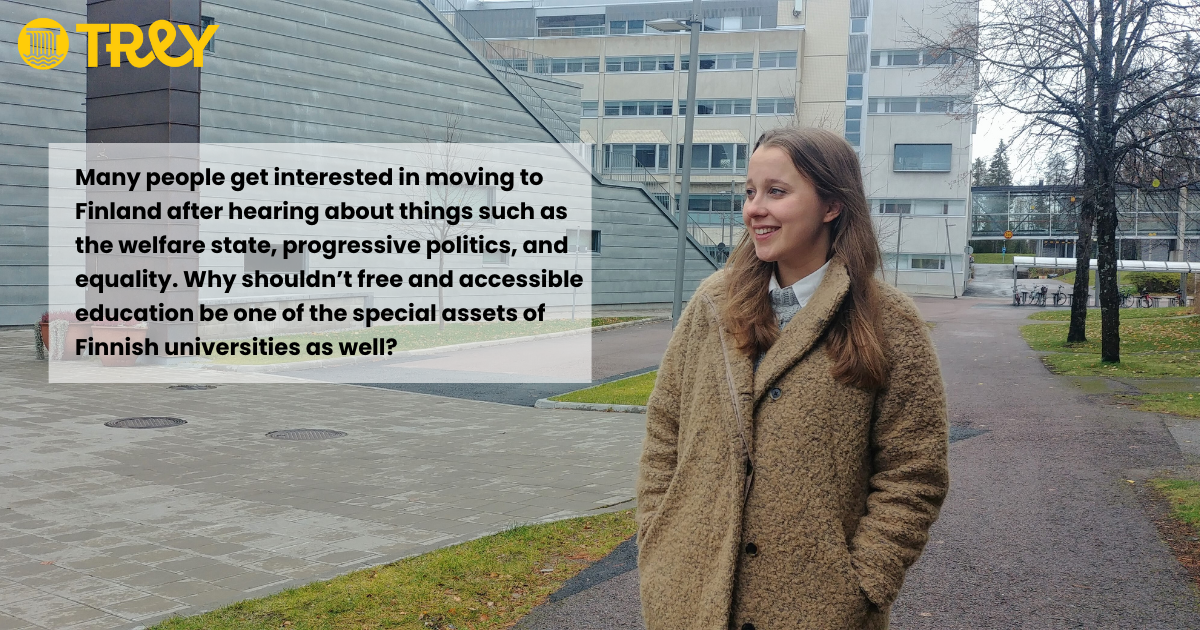 Many people get interested in moving to Finland after hearing about things such as the welfare state, progressive politics, and equality. Why shouldn’t free and accessible education be one of the special assets of Finnish universities as well? Universities struggle with financial cuts, which makes it difficult for them to compete on the basis of quality teaching or individual support.

The financial pressure caused by tuition fees keeps the international students’ focus strictly on studies and has them financing their studies by doing extra work on the side. There would be further benefits for the city of Tampere if students coming here had the time and energy for other things besides their studies as well. By leaving the study books behind for a while, they can get to know their surroundings, learn Finnish work culture through, for example, volunteer work, and possibly create relationships that last for a lifetime or even end up being the reason why they choose to stay here.