The longest chapter of the policy paper concerns higher education politics and naturally this chapter got the most proposed amendments. The most proposed amendments were made concerning the Board of the University and tripartite representation. After voting, the policy paper states that TREY supports balanced tripartite representation in University’s multi-member administrative bodies, excluding the Board of the University, to which the most qualified candidates should be elected without categorical exclusions. Other policies made concerning higher education politics were the treatment of students with families, matching the workload of courses to the given academic credits and the equal practices regarding the allowances for internships.

Even though the equality chapter sparked the most discussion, it was not the topic that divided the Council when it comes to the voting results. The tightest voting result was in the chapter concerning health and sports when the Council discussed the long-term future of the Finnish Student Health Service. That part of the policy paper got many proposed amendments. After voting, the policy paper reads that TREY pursues a gratuitous student health service organised by the FSHS. The change was approved with 30 votes, so one could conclude that the Council was not divided on any topic.

– The Chair of the Council Nelly Kivinen (Vapaaboomarit) 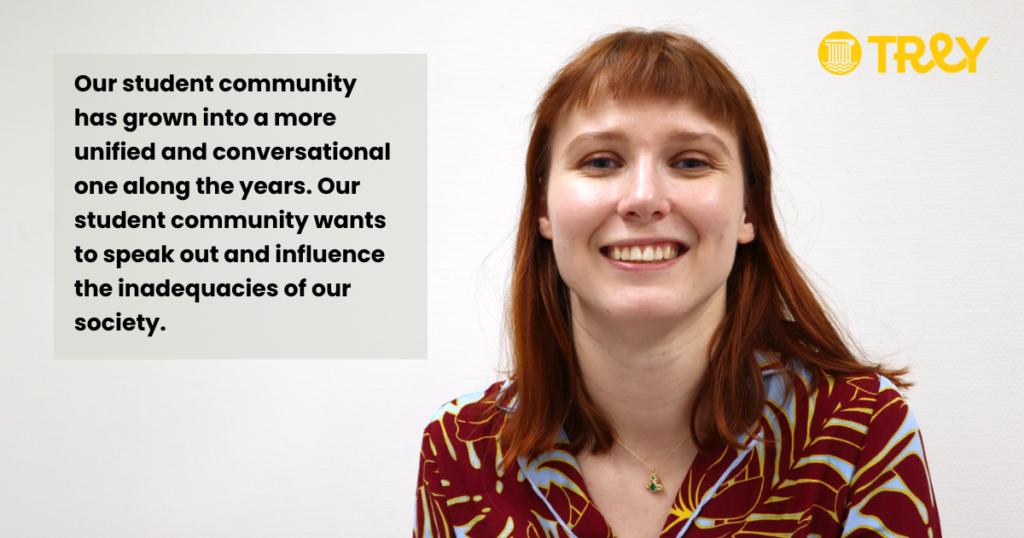 The new policy paper has been sent to our translator and will be added to our website later this month.